Books can take you anywhere! Try reading some of these great fiction and non-fiction books from North America, Mexico, Australia or Pakistan. Have you read any other great stories that take place in a different province or country? Visit the “It’s Your World- Read it!” display at any library branch to add your book suggestions!

Thirteen-year-old Uwohali has not seen his father, Sequoyah, for many years. Sequoyah’s new obsession with making strange markings causes friends and neighbors in their tribe to wonder whether he is crazy, or worse—practicing witchcraft. What they don’t know, and what Uwohali discovers, is that Sequoyah is a genius and his strange markings are actually an alphabet representing the sounds of the Cherokee language. The story of one of the most important figures in Native American history is brought to life for middle grade readers.

Mexico may be her parents’ home, but it’s certainly not Margie’s. She has finally convinced the other kids at school she is one-hundred percent American—just like them. But when her Mexican cousin Lupe visits, the image she’s created for herself crumbles. Things aren’t easy for Lupe, either. Mexico hadn’t felt like home since her father went North to find work. Lupe’s hope of seeing him in the United States comforts her some, but learning a new language in a new school is tough. Lupe, as much as Margie, is in need of a friend. Little by little, the girls’ individual steps find the rhythm of one shared dance, and they learn what “home” really means.

There are worse things in the world than being adopted. But right now Joseph can’t think of one. Joseph Calderaro has a serious problem. His social studies teacher has given him an impossible assignment: an essay about ancestors. Ancestors, as in dead people you’re related to. Joseph was adopted, but the only sure thing he knows about his birth family is that they shipped his diapered butt on a plane from Korea and he landed in New Jersey. How do you write about a family you’ve never known and at the same time manage all the other hassles that middle school mixes in the pot? What Joseph writes leads to a catastrophe messier than a table of shattered dishes—and self-discovery that will change his life recipe forever. . . .

I am Malala: How one girl stood up for education and changed the world – Malala Yousafzai

Malala Yousafzai was only ten years old when the Taliban took control of her region. They said music was a crime. They said women weren’t allowed to go to the market. They said girls couldn’t go to school. Raised in a once-peaceful area of Pakistan transformed by terrorism, Malala was taught to stand up for what she believes. So she fought for her right to be educated. And on October 9, 2012, she nearly lost her life for the cause: She was shot point-blank while riding the bus on her way home from school. No one expected her to survive. Malala’s powerful story will open your eyes to another world and will make you believe in hope, truth, miracles and the possibility that one person — one young person — can inspire change in her community and beyond.
Ugly – Rober 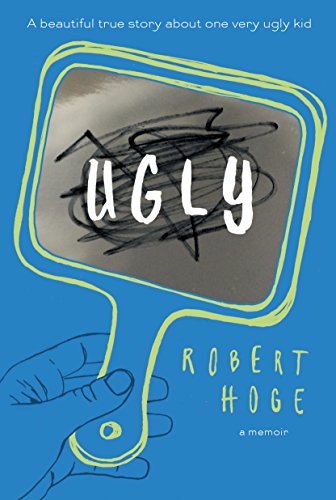 When Robert was born, he had a tumor the size of a tennis ball in the middle of his face and short, twisted legsSurgeons removed the tumor and made him a new nose. Amazingly, he survived- with a face that would never be the same. Strangers stared at him. Kids called him names, and adults could be cruel, too. Everyone seemed to agree that he was “ugly”. But Robert refused to let his face define him.