A few Sundays ago, I listened to my wife talk about gardening. She was just waking up from a late-morning nap, and I sat on the bed letting her talk to me about her plans for the perennial garden we had planted at her sisters. I heard her say the words “coreopsis”, “sedum”, “echinacea”, “lupine”, and “rudbeckia”. I wanted to shield her from the news I had just read, to gift us with a few more minutes of being normal until I would tell her that a man had killed 49 people in a gay bar in my country.

Earlier that week, we had been to a play that told the story of the first LGBT magazine in Canada, The Body Politic as well as some of the key moments in the fight for equality. Two of those moments were the 1981 bath house raids during which police raided and arrested the patrons of several downtown bath houses and the subsequent protest. One of the more egregious moments was when a policeman was overheard saying if only the showers at the bath houses piped in gas and not water.  If you want to learn more about the fight for equality in Canada for the LGBT community, visit the Canadian Lesbian and Gay Archives in Toronto where you can brush shoulders with some of the founders of The Body Politic or read more about it on this webpage, On the Origin of The Body Politic by Rick Bébout.

We have been grieving, publicly at the candlelight vigil, privately with friends and family, and alone since that Sunday. We will be going to Pride this weekend in Toronto because it is still a march and a struggle. You can join us too or you can go to Peel Pride events to support those folks who just want to feel normal again.

Now on to the book review portion of this blog.

I have been reading the work of Lillian Faderman since I first started studying the history of the LGBTQ community. She has written numerous books on lesbian history and is a well-respected LGBTQ historian. In what I can only imagine must have been an incredibly daunting task to undertake, she provides an in-depth yet encompassing history of gay rights in the United States in her book The Gay Revolution: The Story of the Struggle. Through over 150 interviews, many profiles of prominent people, and an amazing amount of historical research, she provides a definite guide to the struggles of the queer community from the end of World War II through the 2015 Supreme Court ruling legalizing same-sex marriage throughout the country. It is a remarkably readable book regardless of its heavy and dense subject matter mainly because she relies on the personal stories to make her political points. The book is separated into nine sections and devotes chapters to gay and lesbian organizations such as the Daughters of Bilitis as well as chapters to such pivotal moments as the Stonewall riots of 1969 and the AIDS epidemic of the 70s and 80s. Even if you only read parts of this book, it is an incredibly well researched way to gain a clearer understanding of the march to equality. 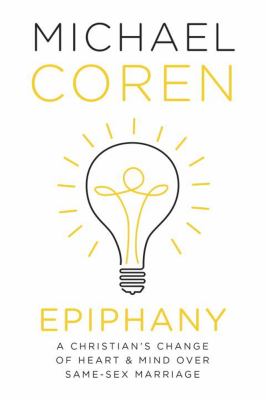 Another book on the LGBTQ rights that has been making waves these past few months is Epiphany by Michael Coren. Those waves have mainly been shock waves because Coren, who is widely regarded as a national voice of religious right thinking and known for his biting comments, details his processes of coming to accept same-sex marriage. Coren’s values, both prior to and post his epiphany, are largely based on his religious views. Check out this book to see how the value of love made him “come out” as accepting same-sex marriage.

If you are interested in a less weighty story with LGBTQ content, listen to our eAudiobook version of Lin-Manuel Miranda (from Hamilton) reading Aristotle and Dante Discover the Secrets of the Universe by Benjamin Alire Saenz. This book is as close to perfection as I have read in quite some time. Not only did I fall in love with tough, honest, moral Ari and Dante, his best friend, who is fast-talking, loves poetry, and boys, Miranda does an incredible job of reading these two very different characters. This is a wonderful, hopeful book of these two boys learning a lot about themselves and each other as the reader follows them through two summers of questioning, fighting, and loving.

YA Books Heading to the Big Screen

January 24, 2018 Natalie Comments Off on YA Books Heading to the Big Screen

October 18, 2016 Samantha Dillane Comments Off on Creating a search strategy