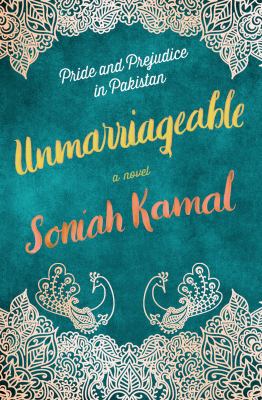 Scandal, vicious rumour and diminished fortune have all but destroyed the prospects of a desirable marriage for the Binat sisters. Alys, the second and most practical of the five, has found happiness teaching English to schoolgirls. Knowing that many of her students won’t make it to graduation before dropping out to marry, she teaches them about Jane Austen and hopes to inspire them to dream of more. Alys herself has sworn never to marry, but an encounter with one Mr. Darsee at a high-society wedding makes her reconsider.

This retelling of Jane Austin’s Pride and Prejudice, set in modern day Pakistan, is romantic and humorous, yet inspiring and insightful. Soniah Kamal, captures the essence of the Regency era in Britain and transports the characters to modern day Pakistan. Despite similarities, the story magically embeds the social class and reveals the culture of society, including the history of Pakistan. A thriving democracy after the war of independence, Pakistan is based on British colonialism and they study English classics and have a fascination with British literature.

Unmarriageable offers strong messages related to gender inequality, severe double standards, and choice. It’s rich in culture and family, each serving as positive and negative influences throughout the story as our heroine continually finds her independence challenged. Despite the social justice component of the novel, the romantic comedy genre  creates a witty, engaging and exquisite story.

Below are some recommended books similar to Unmarriageable that you might enjoy to read:

November 4, 2016 Heather Comments Off on Sign Language – Learn the Lingo – Lift the Barrier!

November 13, 2019 Nahid Azari Comments Off on Myth of Meritocracy

March 25, 2015 Jennifer Comments Off on Finding A Good Book